Jacky Fuller has collected Native American Artifacts since the age of 8 and at 58 he continues to have a passion this area of study. All throughout his years of attending public schools he read every book on history and ancient Native American culture. As soon as he could drive in 1974 he started actively looking for artifacts wherever they could be found. In 1979 at the age of 21 he became a member of the Kolomoki Archeological Society and attended all the shows displaying his artifacts, learning and studying, building a library of books on the subject. The library of Mr. Fuller now numbers in the hundreds of books. In 1983 he became a founding member of the Chattahoochee Archeological Society formed by the Columbus Museum’s resident Archeologist the late Frank T. Schnell.

In 1984 Fuller along with a hand full of other students of Archeology were given specific training for an archeological survey of Lake Harding on the Chattahoochee River. This 80 year old impounded lake was to be lowered by 33 ft. and Schnell wanted a survey to identify sites of historic and prehistoric significance. Mr. Fuller zealous participation identified 93 new site to science and uncovered 930 artifacts. Fuller was the largest contributor in the subsequent book. He went on to contribute his time and labor on numerous archeological digs and surveys sponsored by Frank T. Schnell. He also participated on a number of surveys and digs under the direction of Archeologist Dr. Jerald Ledbetter with Southeastern Archeological Services Inc. and was consulted for his knowledge of various site locations and history in the Chattahoochee River Valley.

Jacky also was a founding member of the Tri States Archeological Society and often contributed articles to their journals and the Central States Archeological Society, Prehistoric American Magazine and the AACA, Authentic Artifact Collectors Association all of which he has been a longstanding member. He worked as a pre-publication consultant for identification and appraisal valuation of Southeastern Native American projectile points for The Best of the Best Vol. 1-4 and Overstreet Official Identification and Price Guides to Indian Arrowheads Vol. 4-10. He also has become well versed in identification of southeastern Indian Ceramics and has often been consulted for his knowledge in this area of study and has contributed to a pottery identification guide; A Guide to the Identification of Georgia’s Pottery by Lloyd E. Schroder and a follow up publication in which Mr. Fuller contributed heavily to; The History & Material Culture Of The Muscogee Creek In Alabama and Georgia, also authored by Mr. Schroder.

Mr. Fuller started appraising Artifact Collections in 2009. He also has had a web presence since 1997 and co-founded the web site Rivers of Time www.riversoftime.co where he offers authentic ancient Southeastern Indian Artifacts for purchase. As web master and now sole owner he daily engages in the processes of authentication, identification and valuation of these artifacts. He has also provided an authentication service where he creates papers of authentication to accompany artifacts. Mr. Fuller’s knowledge base has also been enhanced by his personal passion for collecting Indian Artifacts wherever they can be found, in fields, streams or rivers. He has been a certified salvage and recovery diver for 30 years and has dove 27 rivers in 4 states and as a result he has become an expert in the materials and stylistic nuances of the diverse ancient Indian cultures of the southeastern United States. 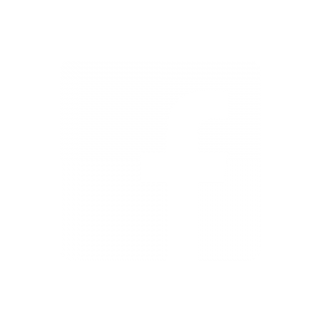